New Malware Attacks Smartphone, Computer to Eavesdrop……turns on your microphone

A recently discovered new form of Android malware called DroidCleaner can not only infect your smartphone, but also targets your PC to spy on you.
Researchers at the security firm Kaspersky Labs have uncovered new malware which poses as a “cleaner” app — or an app used to free memory on Google’s OS — in the Google (GOOG) Play app store. Once an Android user downloads the app, the malware infects the user’s smartphone and can also be uploaded to the user’s PC if they plug the device into their Windows computer in the USB drive mode.
While the malware that attacks the smartphone is more sophisticated than the malware that infects the PC, according to Kaspersky, the primary function of the malware that installs on the computer is pretty invasive.
The malware that runs on an infected user’s PC can take control of the microphone on the machine and use it to eavesdrop. As soon as the microphone detects sound, it can begin to record the audio and then send it back to cyber criminals.
Kaspersky points out, however, that if a user has a current version of Microsoft (MSFT) Windows, then the function that automatically allowed the malware to be installed will not work because the setting is disabled on current versions. The PC attack is really focused at users that are using older versions of Microsoft Windows.
As for the malware installed on a user’s smartphone, Kaspersky researcher Victor Chebyshev said in a blog post that it was the first time his firm has seen “such an extensive feature set in one mobile application.”
Some of the functions the malware can perform on an infected device include:
Sending SMS messages
Enabling Wi-Fi
Gathering information about the device
Opening arbitrary links in a browser
Uploading the SD card’s entire contents
Uploading all SMS messages
Deleting all SMS messages
Uploading all the contacts/photos/coordinates from the device master 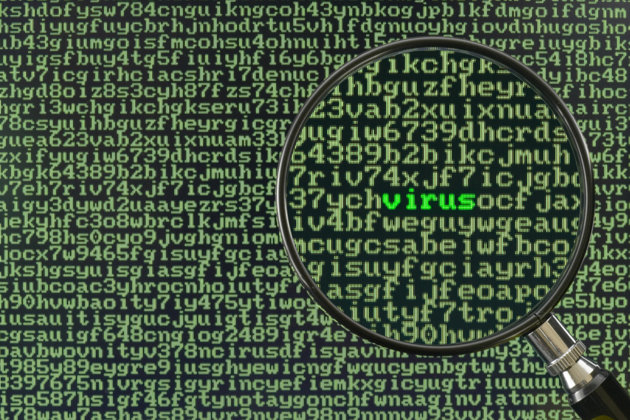 =============================================================================
Kidnappers used to make ransom notes with letters cut out of magazines. Now, notes simply pop up on your computer screen, except the hostage is your PC.
In the past year, hundreds of thousands of people across the world have switched on their computers to find distressing messages alerting them that they no longer have access to their PCs or any of the files on them.
The messages claim to be from the Federal Bureau of Investigation, some 20 other law enforcement agencies across the globe or, most recently, Anonymous, a shadowy group of hackers. The computer users are told that the only way to get their machines back is to pay a steep fine.
And, curiously, it’s working. The scheme is making more than $5 million a year, according to computer security experts who are tracking them.
The scourge dates to 2009 in Eastern Europe. Three years later, with business booming, the perpetrators have moved west. Security experts say that there are now more than 16 gangs of sophisticated criminals extorting millions from victims across Europe.
The threat, known as ransomware, recently hit the United States. Some gangs have abandoned previously lucrative schemes, like fake antivirus scams and banking trojans, to focus on ransomware full time.

FREE programs for my readers…speed up, clean up your Laptop and Desktop….

Good morning,
I am always searching for FREE programs to clean up, speed up and optimize my PC and laptop. A lot of programs cost you money, but there is no need as there are very good programs out there that are recommended by Consumer Electronics and the Internet Guru’s that will preform the same job.
Here are two that I found this weekend, both are rated SAFE by virus programs (unless your anti-virus program is not up to date, which means you need to update your anti-virus) and I downloaded both this weekend and am currently using them.
NOTE:..check your hard drive (Drive C) or do a file/folder search for the following: pgbleach
This is a file created by Norton if you have the automatic restore point set to “ON”..you only need to keep the last one…I had nearly 300 on my hard drive, each one was taking up 500,000 mb of space…I recovered over 40% of my hard drive by deleteing these excess files.
I will include the links and basic instructions for how to use them, NOTE that the first time it will take up to two (2) hours for both to do their job.
The first one is FixBee Disk Optimizer and the second one is Eusing Registry Cleaner.
If you are an average user on the Internet (2 to 4 hours a day) you will only need to run these every 3 to 4 months or so. If you are a heavy user as I am, you should run them once a week or at least every 10 days.
I have already noted an increase of speed on both my laptop and desktop since using the instructions below…I am sure you will too.

Here is the best method for using the first time.
1. Run your Windows Defragmentor (you should do this every 4 to 6 months anyway depending on how much you use your desktop or laptop.

If your sweet old grandmother sends you an email threatening to slit your throat, don’t worry: It’s just the malware talking. NBC’s TechNewsDaily reports that there’s a new strain of malware going around in Japan that takes control of users’ email accounts and uses them to send out death threats to a variety of targets. In fact, the malware is apparently so convincing that three people in Japan so far have been arrested because their email accounts have sent out death threats they didn’t write.
Among other things, Japanese authorities have seen the malware send out an email that “threatened to kill en masse at a shopping center,” “an email sent to an airline” that “threatened to bomb a plane” and an email sent to a “school attended by a member of the Japanese royal family” that “threatened harm against the kindergarten class.”
While this is all horrible, Symantec says that the malware’s “infection appears to be very limited at this time and the broader population of Internet users should be not affected.” Symantec also says that its own Insight reputation-screening software was capable of protecting its users from the malicious code.

Windows 8 Is Watching You…..

Playing around with the manufacturers’ version of the not-yet-widely released Windows 8, programmer (and hacker) Nadim Kobeissi discovered that the operating system “tells Microsoft about everything you install” and does that “not very securely.” Basically, the new Windows has this program called SmartScreen that’s designed to protect users but instead gives Windows (and possible hackers) access to a lot of information. Here’s the crux of the issue from Kobeissi’s blog:

Windows 8 will, by default, inform Microsoft of every app downloaded and installed by every user. This puts Microsoft in a compromising, omniscient situation where they are capable of retaining information on the application usage of all Windows 8 users, thus posing a serious privacy concern. The user is not informed of this while installing and setting up Windows 8, even though they are given the option to disable SmartScreen (which is enabled by default.)
Windows 8 appears to send this information to Microsoft to a server that relies on Certificate Authorities for authentication and supports an outdated and insecure method of encrypted communication. It is possible that these insecurities could allow a malicious third party to target a Windows 8 user and learn which applications they are using. This allows them to profile the user and decide how to best exploit their personal selection of applications and their computing habits.

As commenters on his post note, Apple also knows this kind of information when we download apps in its marketplace. That doesn’t make Microsoft’s move right, though. And from the sound of it, it looks like Microsoft knows more detailed information than what Apple does. The other difference between Apple and Microsoft is that Microsoft can still fix some of the security issues outlined by Kobeissi, as he only played around with the manufacturers’ version. The consumer version is due for release on October 26.

Identity Protection for you and your computer

New spyware, malware and trojans are coming out everyday to steal your personal information. You need to protect yourself with the most up to date software to remove and secure your ID and computer.