SOBERING STATISTICS FOR THE VIETNAM WAR 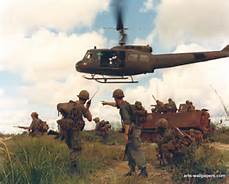 In case you haven’t been paying attention these past few decades after you returned from Vietnam, the clock has been ticking. The following are some statistics that are at once depressing yet in a larger sense should give you a huge sense of pride.

“Of the 2,709,918 Americans who served in Vietnam, Less than 850,000 are estimated to be alive today, with the youngest American Vietnam veteran’s age approximated to be 60 years old.”

So, if you’re alive and reading this, how does it feel to be among the last 1/3rd of all the U.S. Vets who served in Vietnam? I don’t know about you guys, but it kinda gives me the chills, Considering this is the kind of information I’m used to reading about WWII and Korean War vets…

These statistics were taken from a variety of sources to include: The VFW Magazine, the Public Information Office, and the HQ CP Forward Observer – 1st Recon April 12, 1997.

*STATISTICS FOR INDIVIDUALS IN UNIFORM AND IN COUNTRY VIETNAM VETERANS: *

2,709,918 Americans served in Vietnam, this number represents 9.7% of their generation.

Of the 2.6 million, between 1-1.6 million (40-60%) either fought in combat, provided close support or were at least fairly regularly exposed to enemy attack.

Agent Orange is taking a huge toll on Vietnam Veterans with most deaths somehow related to Agent Orange exposure. No one officially dies of Agent Orange, they die from the exposure which causes ischemic Heart Disease and failure, Lung Cancer, Kidney failure or COPD related disorders.

The first man to die in Vietnam was James Davis, in 1958. He was with the 509th Radio Research Station. Davis Station in Saigon was named for him.

Total: 58,202 (Includes men formerly classified as MIA and Mayaguez casualties). Men who have subsequently died of wounds account for the changing total.

Five men killed in Vietnam were only 16 years old.

Multiple amputations occurred at the rate of 18.4% compared to 5.7% in WWII.

86.3% of the men who died in Vietnam were Caucasian (includes Hispanics);

70% of enlisted men killed were of North-west European descent.

34% of blacks who enlisted volunteered for the combat arms.

Overall, blacks suffered 12.5% of the deaths in Vietnam at a time when the percentage of blacks of military age was 13.5% of the total population.

Vietnam veterans have a lower unemployment rate than the same non-vet age groups.

Vietnam veterans’ personal income exceeds that of our non-veteran age group by more than 18 percent.

76% of the men sent to Vietnam were from lower middle/working class backgrounds.

Three-fourths had family incomes above the poverty level; 50% were from middle income backgrounds.

Some 23% of Vietnam vets had fathers with professional, managerial or technical occupations.

79% of the men who served in Vietnam had a high school education or better when they entered the military service.

63% of Korean War vets and only 45% of WWII vets had completed high school upon separation.

85% of Vietnam Veterans made successful transitions to civilian life.

82% of veterans who saw heavy combat strongly believe the war was lost because of lack of political will.

Nearly 75% of the public agrees it was a failure of political will, not of arms.

97% of Vietnam-era veterans were honorably discharged.

91% of actual Vietnam War veterans and 90% of those who saw heavy combat are proud to have served their country.

74% say they would serve again, even knowing the outcome.

87% of the public now holds Vietnam veterans in high esteem.

The Department of Defense Vietnam War Service Index officially provided by The War Library originally reported with errors that 2,709,918 U.S. military personnel as having served in-country. Corrections and confirmations to this erred index resulted in the addition of 358 U.S. military personnel confirmed to have served in Vietnam but not originally listed by the Department of Defense. (All names are currently on file and accessible 24/7/365).

Isolated atrocities committed by American Soldiers produced torrents of outrage from anti-war critics and the news media while Communist atrocities were so common that they received hardly any media mention at all. The United States sought to minimize and prevent attacks on civilians while North Vietnam made attacks on civilians a centerpiece of its strategy. Americans who deliberately killed civilians received prison sentences while Communists who did so received commendations.

From 1957 to 1973, the National Liberation Front assassinated 36,725 Vietnamese and abducted another 58,499. The death squads focused on leaders at the village level and on anyone who improved the lives of the peasants such as medical personnel, social workers, and school teachers.