The Real Reason Putin Hates Obama and Clinton, and Wants Trump To Win…..

In the following video, Putin reveals exactly why he cannot stand Barack Obama, and why it is clearly not in Russia’s best interests (or anyone else on the planet’s for that matter), for Hillary Clinton to become the next President of the United States. When referring to specific Obama/Clinton policy decisions that led directly to large boost in recruitment for ISIS (no, it wasn’t a Donald Trump video as Hillary likes to say), Putin says:

“I consider this absolutely unprofessional politics… [their acts] are not grounded in facts in the real world.” 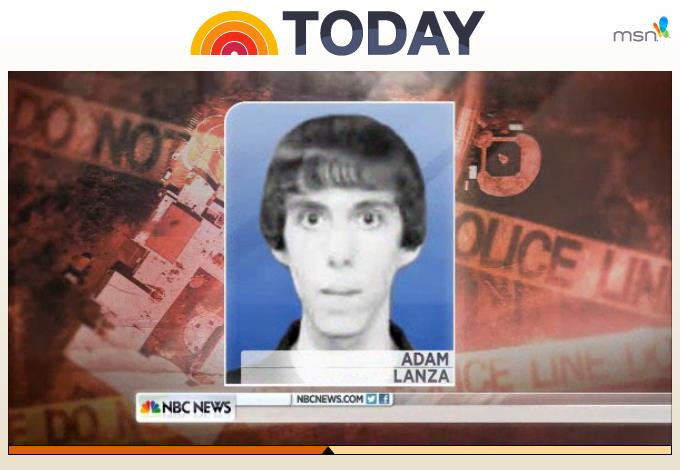 ROMNEY’S BASE: OBESE, ILLITERATE TEA PARTIERS?…this is how the Liberal Media portrays us… 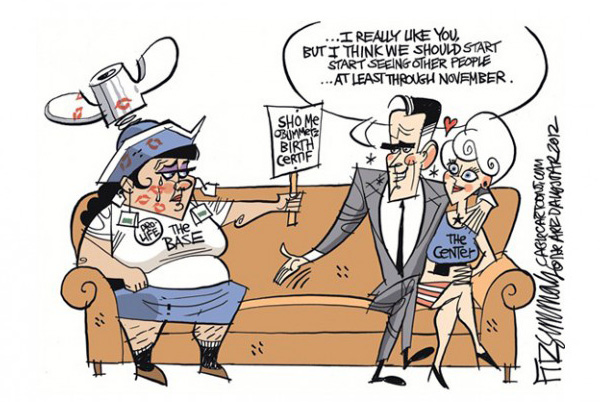 The vile image was drawn by syndicated liberal cartoonist David Fitzsimmons of the Arizona Star. The cartoon was republished last week in the Philadelphia Inquirer. The newspaper’s editorial page staunchly supports Obama.

The chubby “base” woman, clearly meant to mock the tea party, is seen sporting a pro-life button and holding a sign stating, “Sho Me Obummerz Birth Certif.”

Romney tells her, “I really like you, but I think we should start seeing other people … At least through November.”

Insider reveals internal polls, luxury Hawaii estate ready for January.
================================================
Very quietly, Obama’s chief financier, Penny Pritzker, has entered the Hawaii housing market to buy a retirement home for the president and his family that will be available not in 2016, but in January 2013, according to a confidential source within Pritzker’s Chicago organization

Pritzker, a wealthy Chicago business executive and heiress to the Hyatt Hotels fortune, served as national finance chairman for Obama’s 2008 campaign and is the co-chairman of his 2012 effort.

The source told WND that highly confidential internal polls conducted by the Obama campaign indicate Obama cannot win re-election, despite public surveys that show him in the lead.

“The public polls are mostly political,” the source argued. “Obama radicals want Romney supporters to feel discouraged and give up. Truth is that Romney’s winning.”

The source further told WND that Pritzker is experiencing frustration in her fundraising efforts, as wealthy donors who contributed generously to Obama in 2008 are not even returning her phone calls.

The source said Pritzker is “reminding everyone how generous to their supporters the Clintons were when they left office.”

“Everything is for sale. Ambassadorships, government grants, stimulus money – you name it,” the source told WND.

“There’s nearly three months between the Nov. 6 election and the Jan. 20 inauguration – plenty of time to hand out goodies to friends from the Oval Office.”

So much for an apolitical Justice Department, although the bloom’s been off that rose since Attorney General Eric Holder was sworn into office.

Matthew Boyle of the Daily Caller has attained numerous internal DOJ emails that show in disquieting detail how America’s supreme law enforcement branch instructed a supposedly 501(c)3 non-profit, apolitical organization known as Media Matters to attack anyone who dared criticize the department.
Dozens of pages of emails between DOJ Office of Public Affairs Director Tracy Schmaler and Media Matters staffers show Schmaler, Holder’s top press defender, working with Media Matters to attack reporters covering DOJ scandals.
Media Matters is infamous for being a left-wing mouthpiece for the Democrat Party, despite its “non-profit” status. The organization’s brash sense of security can be summed up by the announcement of its “progressive” leanings on its own website, which would violate non-profit status.

The Department of Justice had been embroiled in controversy over Operation Fast & Furious, perhaps the worst political scandal in American history, but one that has been completely buried by the mainstream press.

Attorney General Eric Holder was held in contempt earlier this year for refusing to turn over thousands of pages of documents on Operation Fast & Furious, which led to the death of Border Patrol Agent Brian Terry as well as hundreds of Mexican civilians. The U.S. government assisted in gun trafficking to Mexican drug cartels, ostensibly in an effort to trace gun-running. Only a fraction of the guns “walked” to the border were successfully traced.

The Obama administration came under a lot of heat to release Attorney General Eric Holder months ago during public hearings. The Fast & Furious scandal fizzled out prior to the elections, but just went back on the front-burner, along with the future of the taxpayer-subsidized and Soros-funded Media Matters.