Hunting for gold by Prospector Jess….

Topo maps are a great way to find gold locations, once you know how to read them.

How to use topo maps and gold maps to find gold

Hello Friends ..
I hope you all had a great Christmas and santa brought you all some new prospecting toys or some dirt to play with in these winter months.I just wanted to remind everyone we will be live sunday at 7:30 est on prospectorsradio so be sure to tune in .I also want to thank all of the sponsors for all the great giveaways we have been doing on the show and the site there has been some very happy members for sure…also check out the monthly giveaway going on now on the site some great silver to be given away soon …Thank to our good friend William Albertson and his family ,,,,,Also I have a few GPS long sleeve shirts available and a few calendars left if anyone is interested contact me about sizes …Hope everyone has a great New Year and hope to see you in the chat room during the show Thanks again you are all the best
Tim .G

Listen to them this Sunday Night at 7:30 Eastern Time…

S/W Shooter Supplies and Prospecting located in Cordova,Illinois is a multi line dealer of metal detectors including MINELAB, Deus XP, and Garrett metal detectors. WE are a multi line dealer of accessories including Lesche tools, Samson tools, RnB batteries, NEL coils (soon) waiting on initial orders for this high demand coil, Pinpointers, and lot of other accessories. WE carry Angus Mackirk recreational sluices,dredge and gold recovery products. WE are located in 4 locations accross the Midwest and in California with Minelab  and Garrett equipment. We use what is proven and sell the same,we work hard to help our customers succeed in the field where it counts the most.Check us out on S/W Detectors.com, R & R Sports, A.I.P. Mining supplies and S/W Shooters and Prospectors on Facebook.

For the convenience of our customers, S/W Mining offers regional stocking representatives for customers outside of our immediate area.
Customers located in Central Illinois, Southeast Iowa, and Northeast Missouri: Contact Scott Ragar at 319-795-1201!
Customers located in the West Coast area: Contact Joey Wilson (ofAdventures in Prospecting fame). Give him a call at 760-936-3543!

Make Your Prospecting Adventure A Success!

Want to learn the #1 secret to finding gold quickly and easily? 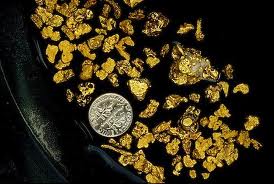 Prospecting for gold is the #1 Hobby that pays YOU while you enjoy what you do. Learn from the experts how to have fun and make profit.
Free starter video to show you what you are looking for and how to look.
http://doradovista.com/cmd.php?ad=662595

Illinois Firearms Store and Prospecting Store located in Cordova near Davenport and the border of Iwoa. We sell Guns, Ammunition, Shooters Supplies, Metal Detectors, Dredges, Gold Pans, Sluices and more. Give us a call or drop us an email if you have any questions. SW Shooters Supplies & Prospecting.

Metal Detecting, gold prospecting, bottle hunting, relics, tokens and more. The Radio Show that is about the everyday person enjoying the hobby..We want YOU to join in with us.

Our first Broadcast will be on 3 Jan 13, all details can be found at the following:
http://thedetectinglifestyle.wordpress.com/

Listen in and join the show that is about YOU..the everyday hobbyist that enjoys the outdoors.

Prospectors will be able to pan for gold, or use metal detectors to hunt for nuggets, in more Queensland state forests within months.

The Newman government is likely to open the door wider for “recreational prospectors” to look for gold and gemstones.

A spokeswoman for National Parks Minister Steve Dickson said no firm decision had yet been made, but the idea was being actively investigated.

“As part of our commitment to opening up the state’s National Parks estate land, which had been systematically locked up by the former Labor government, we are also considering proposals to allow recreational fossickers greater access,” she said.

Prospecting, even for recreational purposes, has been restricted in most state forests because of environmental damage concerns, except in designated areas.

Queensland has more than 20 designated fossicking areas, including at Gympie, Warwick and parts of central Queensland, where fossickers can search for gemstones using hand tools.

Here, people can search for for alluvial gold, sapphires, topaz, opal and amethysts with a fossickers licence, obtained from the Department of Natural Resources and Mines.

However most are well “worked out”, prospectors say.

Mr Dale said gold could be found in Brisbane Forest Park near Mt Coot-tha, near Brookfield and in state forests near Warwick and Gympie, but people could not legally prospect.

Queensland Prospectors Club spokesman Warwick Anderson said he had been speaking with Mr Dickson and his director-general about getting better access to state
forests.

“We would like better access in state forests, because they are the easiest ones and they are there for everyone to do something in,” Mr Anderson said.

“With metal detecting, you know – you find a little target and dig a little hole – a maximum two feet deep.

“It is very low impact, that’s just about it.”

Mr Anderson said people in Victoria could use metal detectors and go fossicking in national parks.

He said Queenslanders could technically still fossick in state forests, but must ask for permission first.

“With the previous state government, their answer was always ‘no’,” he said.

“If you ring one of the caravan parks out near Claremont and ask them how much trade they do from prospecting, you know it is massive for them up there,” he said.

Mr Anderson said controls under the Fossicking Act controlled the hand-held equipment that people could use to restrict damage.

“And you are not allowed to use any machinery, it has all got to be hand tools, like a shovel or a pick.

“So basically what we are after is to open up state forests.

I just wanted to give you a quick update, on Sunday September 16th, I installed a new BLM mine data update. All the BLM ACTIVE and BLM CLOSED claims should be the latest available. There is more than 531 thousand new BLM records added to the millions of existing claim records in MineCache since the last update 2 months ago.

You can start your free trial yet for MineCache. Just login at http://www.minecache.com and download the MineCache file for Google Earth to start browsing mine claims in Google Earth.

MineCache is steadily growing and I would like the thank everyone for trying it out and telling their friends about it.

I hope you find MineCache a useful tool for your prospecting research. Do you have any pictures of your gold found with the help of MineCache? I’d love to see them and hear about your story.