Free shipping on all New Metal Detectors
Special with the purchase of any New water metal detector, Fisher, Garrett, Whites, Minelab and Detector Pro. Recieve $30.00 off the price of a Titanic Water scoop

“Ask about our layaway program”.

Dave Wise is an avid relic and coin hunter, spending days and weeks looking for American History..here are (11) 1789  George Washington Inaugural Buttons. He dug all of these in the last 4 years all found at colonial cellar holes with an exception of 4 found at a standing colonial home.All were dug in Connecticut using his White’s XLT E-Series. They were found  hunting alongside his freind & hunting buddy Todd Hiltz.  (5 ) were dug in one day..This shows how persistence pays off for Relic Hunters…below are some more photos… 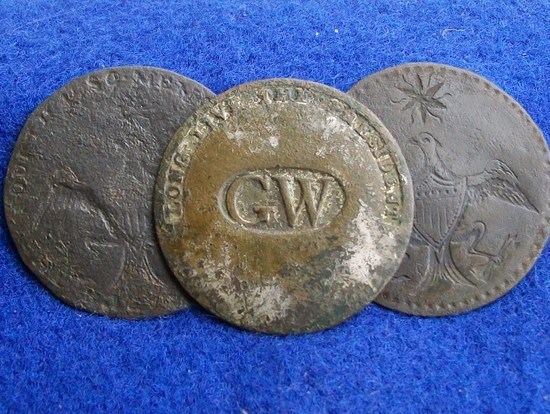 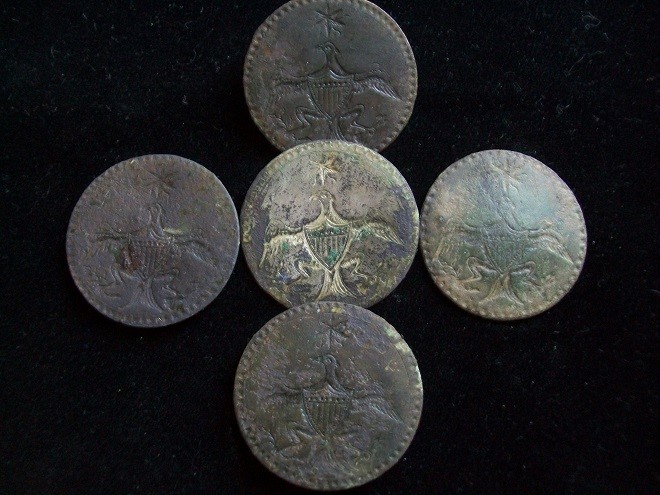 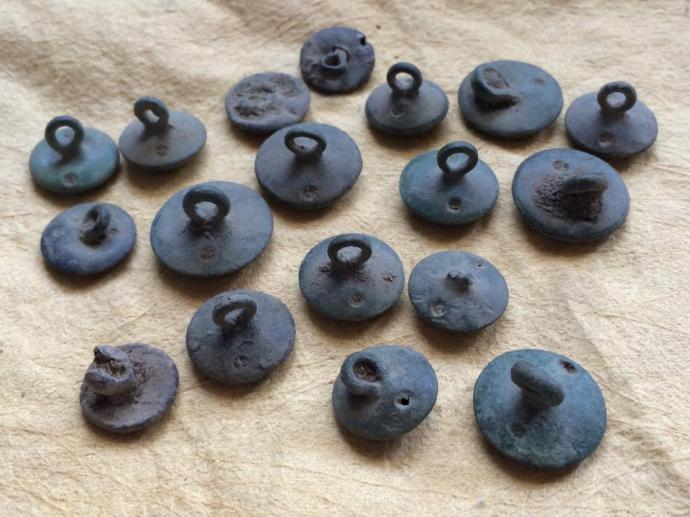 These are some of the blowhole buttons I have recently dug… Not pictured are the ones that were broken, or not in any decent shape at all… There were quite a bit…These are late 1600’s to early 1700’s.. They actually pre-date the later used flat buttons!!

A copper strongbox containing $30,000 in gold coins was being transported by the Pennsylvania RR paymaster via canoe through
the flood-ravaged Deleware Water Gap around 1915 when the paymaster became ill. He rowed ashore and buried the chest
near a cliff, “somewhere on the left bank of the river downstream of the bridge, near the far end of the gap”. This is what he
passed on to those at the railroad camp before he died.Today Hwy. I-80 goes through the Deleware Water Gap in the Pocono
Mountains and the search area is along the base of a 500-foot slope at the lower end of the gap.

Metal Detecting, gold prospecting, bottle hunting, relics, tokens and more. The Radio Show that is about the everyday person enjoying the hobby..We want YOU to join in with us.

Our first Broadcast will be on 3 Jan 13, all details can be found at the following:
http://thedetectinglifestyle.wordpress.com/

Listen in and join the show that is about YOU..the everyday hobbyist that enjoys the outdoors. 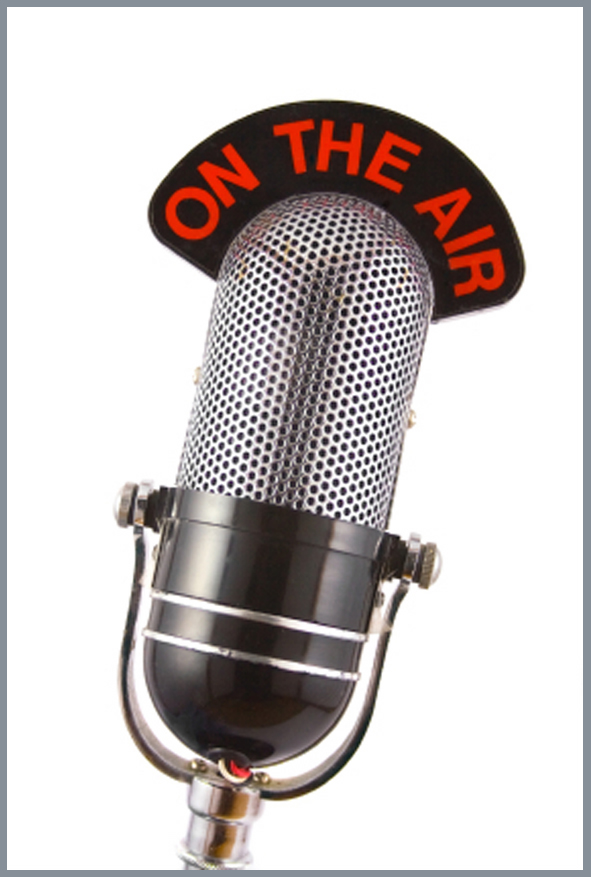