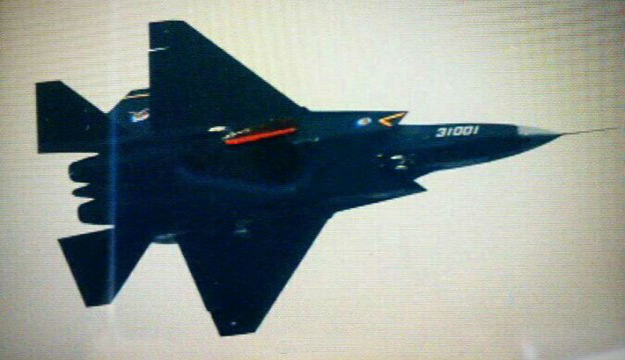 ================================================================================
China has test flown a second model of a prototype stealth fighter, aviation experts said Thursday, in a sign of its aircraft industry’s growing sophistication.
Photos posted to the Internet Thursday showed the radar-avoiding aircraft airborne near the northeastern city of Shenyang with its landing gear still down. Two Chinese-made J-11 fighters accompanied it on the flight, which Chinese military enthusiast websites said took place Wednesday and lasted about 10 minutes.
Ross Babbage of Australia’s Kokoda Foundation and Greg Waldron of Fliightglobal magazine in Singapore said the plane known as the J-31 appeared to be a smaller version of the J-20 prototype that was tested last year in the southwestern city of Chengdu.
While both planes feature stealth design features, their true capabilities in terms of sensors, radar-absorbing coatings, and other key factors remain unknown. It isn’t known when, or if, either plane will go into production.
“I think it’s a fairly straight forward evolution to develop advanced fighters at this time, but you can’t read too much into it in terms of capabilities,” Waldron told The Associated Press.
The smaller and nimbler J-31 appeared intended for a fighter-interceptor role similar to the U.S. Joint Strike Fighter, while the heavier J-20 would target airfields, warships and other ground targets, he said.
The technical barriers and development costs for such aircraft are enormous and the U.S. has struggled for years to deliver on their potential.
Another major challenge for China is developing engines for its fighters that are reliable and capable enough for such cutting-edge aircraft, Babbage said. China remains overwhelmingly reliant on Russia for engines for its latest J-10, J-11, and J-15 models, the last two of which were developed from Russian Sukhoi fighter-bombers.
“The demands in the engine area are very substantial,” Babbage said.
Despite that, the ability to develop two prototype stealth fighters at the same time demonstrates an impressive capability on the part of the Chinese industry, he said.
“It’s a very interesting development. It shows how rapidly they’re moving ahead.” 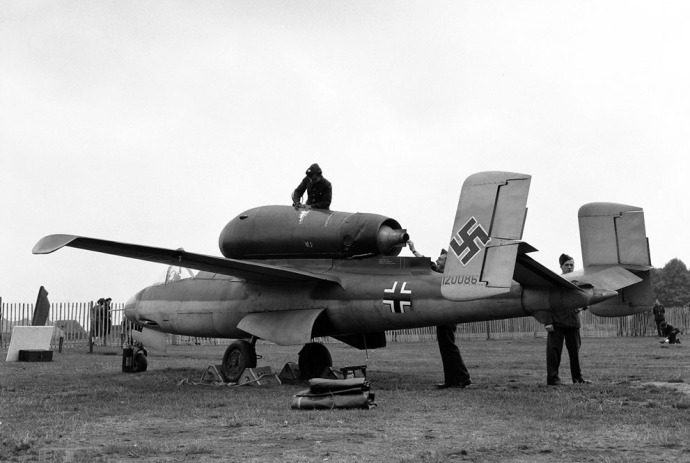 The Pacific Fleet…Made from only “Matchsticks” and “Match Boxes”

Egypt to send aircraft and tanks into Sinai: sources…

(Reuters) – Egypt is preparing to use aircraft and tanks in Sinai for the first time since the 1973 war with Israel in its offensive against militants in the border area, security sources said on Monday.

The plans to step up the operation were being finalized by Egypt’s newly appointed Defence Minister General Abdel Fattah al-Sisi as he made his first visit to Sinai on Monday following the killing of 16 border guards on August5.

Egypt blamed the attack on Islamist militants and the conflict is an early test for President Mohamed Mursi – elected in June following the overthrow last year of Hosni Mubarak – to prove he can rein in militants on the border with Israel.

“Al-Sisi will supervise the putting together of final plans to strike terrorist elements using aircraft and mobile rocket launchers for the first time since the beginning of the operation,” an Egyptian security source said.

Another security source said the army was planning to attack and besiege al-Halal mountain in central Sinai, using weapons including tanks, where militants were suspected to be hiding.

Disorder has spread in North Sinai, a region with many guns that has felt neglected by the central government, since the overthrow of Mubarak in a popular uprising. Mubarak’s government had worked closely with Israel to keep the region under control and Islamist President Mursi has promised to restore stability.

The 1979 peace treaty between both countries limited military presence in the desert peninsula though in recent years Israel agreed to allow Egypt to deploy more forces there to stem weapons smuggling by Palestinian gunmen and other crimes.

After the border attack this month, Egypt launched a joint army-police operation that has raided militant hideouts, arrested their members and seized weapons.

Israeli officials, who say they are in regular contact with Cairo, have encouraged Egypt to take tough action against the gunmen responsible for the assault and have previously allowed the use of helicopters in the operation.

No one has claimed responsibility for the killing of the border guards but a Sinai-based Islamist militant organization, the Salafi Jihadi Group, warned the Egyptian army last week that the crackdown would force it to fight back.