THE LOST DEAD BANDIT MINE….

When I was only ten years old, at a Boy Scout camp I heard an elderly gentleman tell a story. The place was Camp McClintock and the man was known as “Pappy.” The story he told had the date and the names of some men. I don’t remember the date or the names. Anyways, here is my version.
As a store in Bartlesville was opening for business early one morning, two men arrived on horseback and robbed it. Automobiles were just becoming popular, yet these two men, described only as one young and the other quite older, chose to commit this crime with horses as their getaway conveyance. As my memory serves they took the contents of the safe, the contents of the cash drawer, several pocket watches, some canned food, and some ammunition.
Their take was said to be approximately 300 dollars in silver coins. Oddly there was no mention of paper currency, although they would have also taken paper.
A posse was quickly assembled consisting of Bartlesville businessmen. Just past noon the posse overcame the pair of bandits on Sand Creek near present day Osage Hills State Park. The bandits had stopped for lunch from the canned food and were caught off guard. Gunfire was exchanged and the pair took to their horses. They crossed the creek and raced up into a narrow draw. Around a few bends they realized their mistake. Cornered, they dismounted, grabbed the goods and climbed the steep rock embankment only to find a wide and steep cliff. There at the base was a small opening, a cave of sorts, and inside the pair sought cover. Relatively safe in the cave, I suppose these men were planning on making good their escape under the cover of darkness, but a member of the posse had left and headed to an area homestead where he knew that the landowner had just purchased the day before a large quantity of dynamite to clear tree stumps. Shortly before dusk he returned with a bundle of dynamite and a length of rope. With help from a spotter down below he positioned himself directly above the small cave. A threat to blast was shouted to the bandits and they replied with a couple of gunshots. The man above tied the bundle to the rope, lit the fuse, flung it into the cave, and ran.
Because of the late hour, the approaching darkness, the effects of the dynamite, and the squeamish nature of the businessmen, it was decided not to attempt to recover the money.
This small cave has another story of interest. When the Spanish were in this region searching for mineral wealth a seam was discovered on this ledge that bore a natural concentration of lead and other heavy metals. About 200 feet from the entrance is a well marked “El Grande” style death trap. This mine, like the dozen or so others in this region was worked by Native American people who were enslaved by the Spaniards. When at last the Indians had driven out the Spaniards, this particular mine was left open and unsealed. “Pappy” told of having seen bullets made from the ore, and said that Indians and homesteaders had worked the mine to get the lead just to make bullets. He also said these bullets tarnished black and were at least forty percent silver.
Copyright Bill Wade #grampawbill 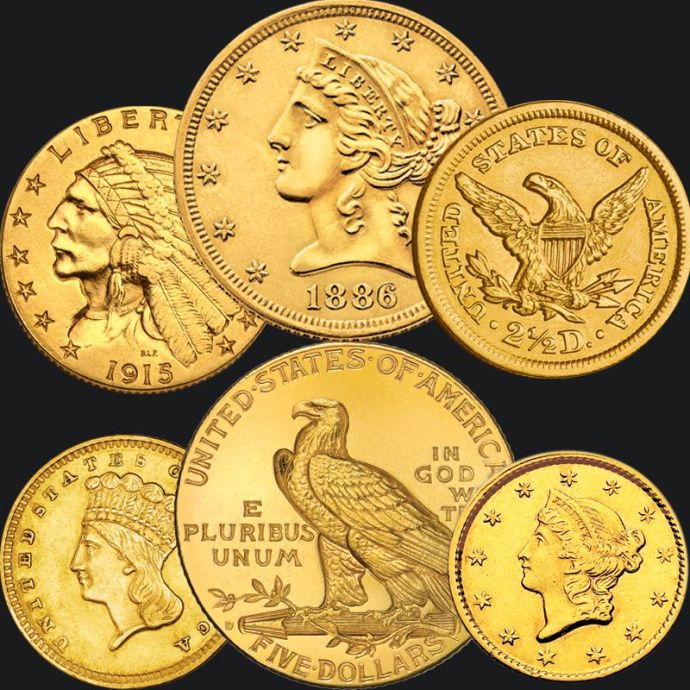 Near present day Kellyville a Creek Indian man received his land allotment. He set about farming and raising a family. Over time and through good business and luck and perseverance he accumulated approximately $60,000 in gold coins. He kept the fortune buried a short distance from his house. On occasion he would dig it up to add a portion and rebury it at a different spot on his property. Often he was accompanied by his young daughter.
One night he was abducted by thieves who sought to rob him, for they had heard he was very wealthy. They tortured him until they grew weary from the task, but he would not reveal the hiding place of his wealth. Frustrated, they killed him and fled away.
In the mid 1950s a middle aged woman, (I was told it was his granddaughter), returned to the area to seek the fortune. She searched, (as I was also told), for a standing rock as tall as a man, and for other rocks of certain shapes along the base of a small hill at an area on the property where her grandfather had often cut trees for firewood. Every version of this story that I have seen in print does not contain the information about the rocks. Every version does state that she searched for many days and left the area empty handed.
If you live in the Kellyville area and you can discover the name of the Creek Indian man, then you can go to the county courthouse and search in the land records and find the location of the property and the name and contact information for the current landowner. Like many other treasure stories this one has great potential.
Copyright Bill Wade #grampawbill