On this Memorial Day I can’t help but think of the many veterans who have given their lives to protect the freedoms that we all enjoy today, and quite frankly one that so many Americans take for granted. As you’re playing your 165th round of golf this weekend you can count on our warriors to protect you and to protect this great nation.

From the Civil War to the wars in the deserts of the Middle East, our brave men and women have given their lives for freedoms that can only be found in America.  Generations of selfless Americans have stepped up to fight for a  cause greater than themselves. Freedom is never free, and the price of our freedom has been paid with the blood of our finest Americans. Your daughters  have been fortunate enough to reap the freedoms that so many have sacrificed their lives for. Without these heroes you would have never have had the opportunity to become the President of this great nation.

Sadly, the men and women who have volunteered to fight the in the most extreme conditions in the world are coming back only to find themselves engaged in a new war at home. They have now found themselves in a war with your incompetent administration, who’s scandal ridden legacy has finally hit an all-time low. I can’t help but feel the deepest disgust for the pain you and your administration have caused the families who have lost their heroes battling your war against our veterans back home.  I can’t think of more shameless way to for this country to dishonor its veterans.  And sadly, it’s the lack of your leadership and accountability that lead to these failures.

These men and women who bravely fought in WWII, Korea, Vietnam, and the Gulf Wars have been forced to rely on your useless bureaucratic employees for their health care. These federal employees disrespected these men and women and the sacrifices they have made in the worst imaginable way. They ignored their pleas for help and in many cases left them to die in favor of hefty government bonuses for exceptional performance. We all know you and your regime doesn’t give a damn about these heroes. Your disdain for America and her greatness has never been a secret. You were raised to hate the “American Empire” and were taught that the American military is the enemy. It was easier for you to just ignore the Veteran Affairs crisis as you crisscrossed America fundraising for your fellow Democrats.

I remember candidate Obama promising to overhaul the VA and reduce the backlog.  You claimed that America’s support for its veterans is obvious by the way we treat our vets. You really nailed that one didn’t you?

Just like you were going to fix Detroit or fix foreign policy.  Your high school like approach to solving complex issues can’t be fixed by tweeting hashtags with propaganda to people who want to kill us. Anyone with an ounce of common sense can see you’re unfit to lead our nation, let alone act as our Commander In Chief.  What our country needs now, more than ever is real leadership, someone who doesn’t wait for a crisis, but is able to foresee an issue and deal with it before it happens. Unfortunately for America, you’ve been too busy campaigning and don’t have time to deal with the health care crisis of our veterans. The only thing you seem to care about is your own radical agenda, and now our vets are paying for your negligence with their lives.

As I sit here typing this out I’m dealing with my own VA nightmare which involves the Phoenix VA.  I have given 3 limbs for this country, but apparently that is not enough.  A “clerical error” made by a VA employee has resulted in nearly a year of abuse and mismanagement of my case. In other words, the VA is stealing over $7000 from my disability compensation that I earned when I lost 3 of my limbs for our country.

On this Memorial Day, as I battle your incompetent bureaucrats my family would like to thank you for once again failing our veterans. We can’t help but wonder about the disastrous socialized medicine program that we will surely be dealing with if Obamacare is allowed to be fully implemented. If our incompetent VA cannot handle government healthcare for a fraction of our population, who would be foolish enough to believe a massive health care system designed to provide health care for all American’s would be any different?  You can’t even find someone to build a competent website to work for your socialized medicine program when you had your name attached to it, so why would you care about our veterans when you could so easily push the blame off on someone else?

You have not only failed our veterans, you have failed America in every way imaginable.  You have purposely divided us by race, political parties, and socioeconomic status in order to push a radical agenda on America that can only be passed when you have successfully divided all Americans. Your entire administration is incompetent and you have set America on a path for certain failure.

So, on this Memorial Day, as we honor those who have made the ultimate sacrifice for our nation, I’d like to thank you, our Commander In Chief for not even caring enough to provide us with quality health care. 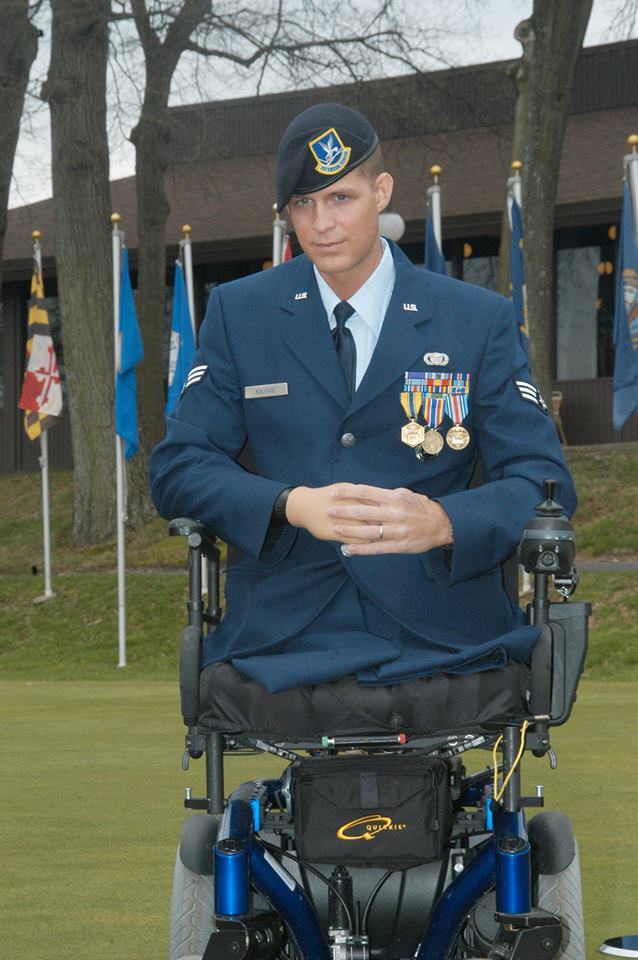