Britain to India: Diamond in royal crown is ours…… 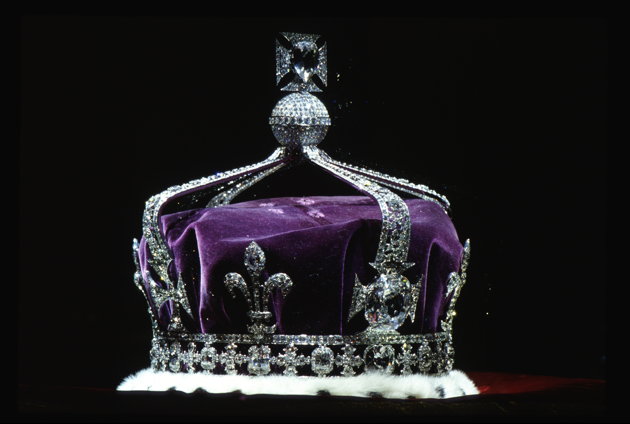 =============================================================================
British Prime Minister David Cameron says a giant diamond his country forced India to hand over in the colonial era that was set in a royal crown will not be returned.
Speaking on the third and final day of a visit to India aimed at drumming up trade and investment, Cameron ruled out handing back the 105-carat Koh-i-Noor diamond, now on display in the Tower of London. The diamond had been set in the crown of the current Queen Elizabeth’s late mother.
One of the world’s largest diamonds, some Indians – including independence leader Mahatma Gandhi’s grandson – have demanded its return to atone for Britain’s colonial past.
“I don’t think that’s the right approach,” Cameron told reporters on Wednesday after becoming the first serving British prime minister to voice regret about one of the bloodiest episodes in colonial India, a massacre of unarmed civilians in the city of Amritsar in 1919.
“It is the same question with the Elgin Marbles,” he said, referring to the classical Greek marble sculptures that Athens has long demanded be given back.
“The right answer is for the British Museum and other cultural institutions to do exactly what they do, which is to link up with other institutions around the world to make sure that the things which we have and look after so well are properly shared with people around the world.
“I certainly don’t believe in ‘returnism’, as it were. I don’t think that’s sensible.”
Britain’s then colonial governor-general of India arranged for the huge diamond to be presented to Queen Victoria in 1850.
If Kate Middleton, the wife of Prince William, who is second in line to the throne, eventually becomes queen consort she will don the crown holding the diamond on official occasions.
When Elizabeth II made a state visit to India to mark the 50th anniversary of India’s independence from Britain in 1997, many Indians demanded the return of the diamond.
Cameron is keen to tap into India’s economic rise, but says he is anxious to focus on the present and future rather than “reach back” into the past.